After a nice visit, I left my friend’s house in middle-of-nowhere-not-far-from-Breckenridge Colorado. It had snowed for two days, first day had melted off, but forecast showed much more on the way. It was time to skedaddle. 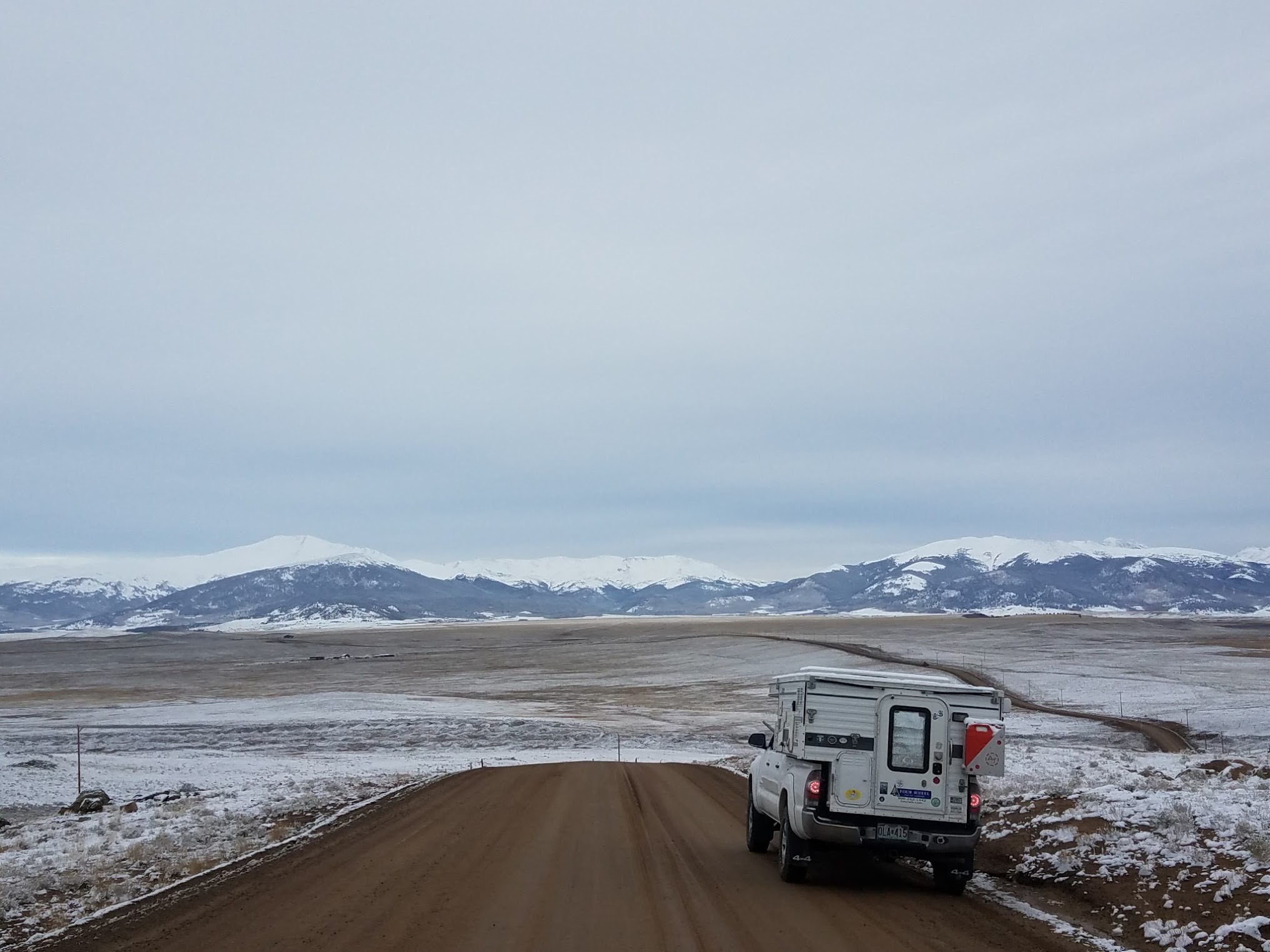 If I had remembered that another friend lived in southern Colorado, I would have gone to visit him and his wife. Instead, I drove to Valley of the Gods, UT., one of my most favorite places, found this heart at a spot where I considered popping up for the night…but then for some unknown reason decided to keep driving.

If I had stayed at this beautiful location, I wouldn’t have continued south into Arizona towards the Navajo National Monument (another favorite place) and I wouldn’t have seen this emaciated doggie on the side of a lonesome highway. 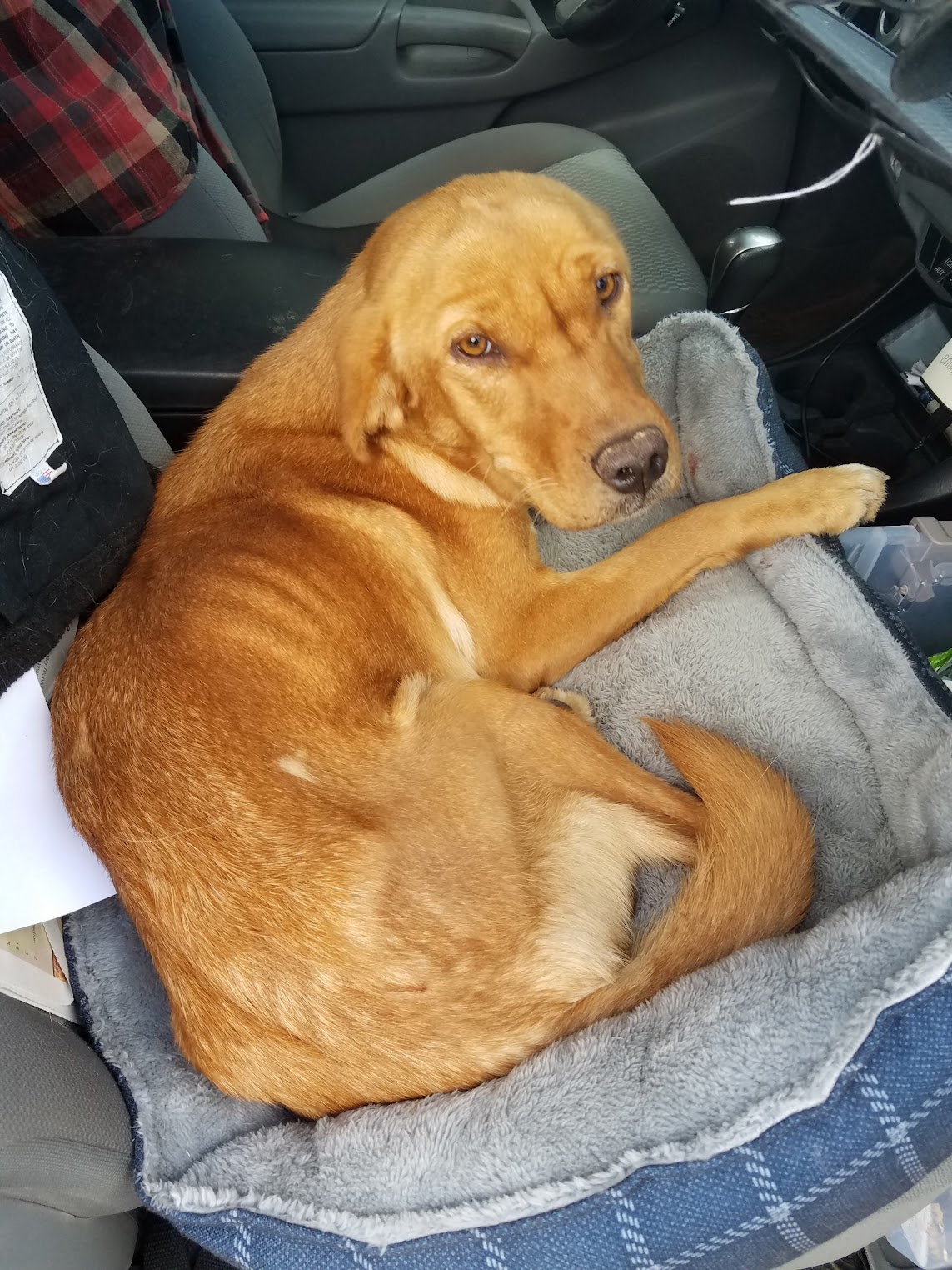 I saw her on the side of the quiet highway and watched her hobble across then collapse. When I stopped, she was too weak to run. I brought some food with me out of the truck and held it out for her. As she approached to scarf it down, I saw that she was missing her right rear foot. Poor lost thing! Seeing the approaching rain storms and knowing that her chances of survival were low, I gathered her up and plopped her in my truck, hoping that she was friendly and that my dogs would accept her.

We landed at Navajo National Monument before it started to rain, thankfully. I got popped up and we settled in. 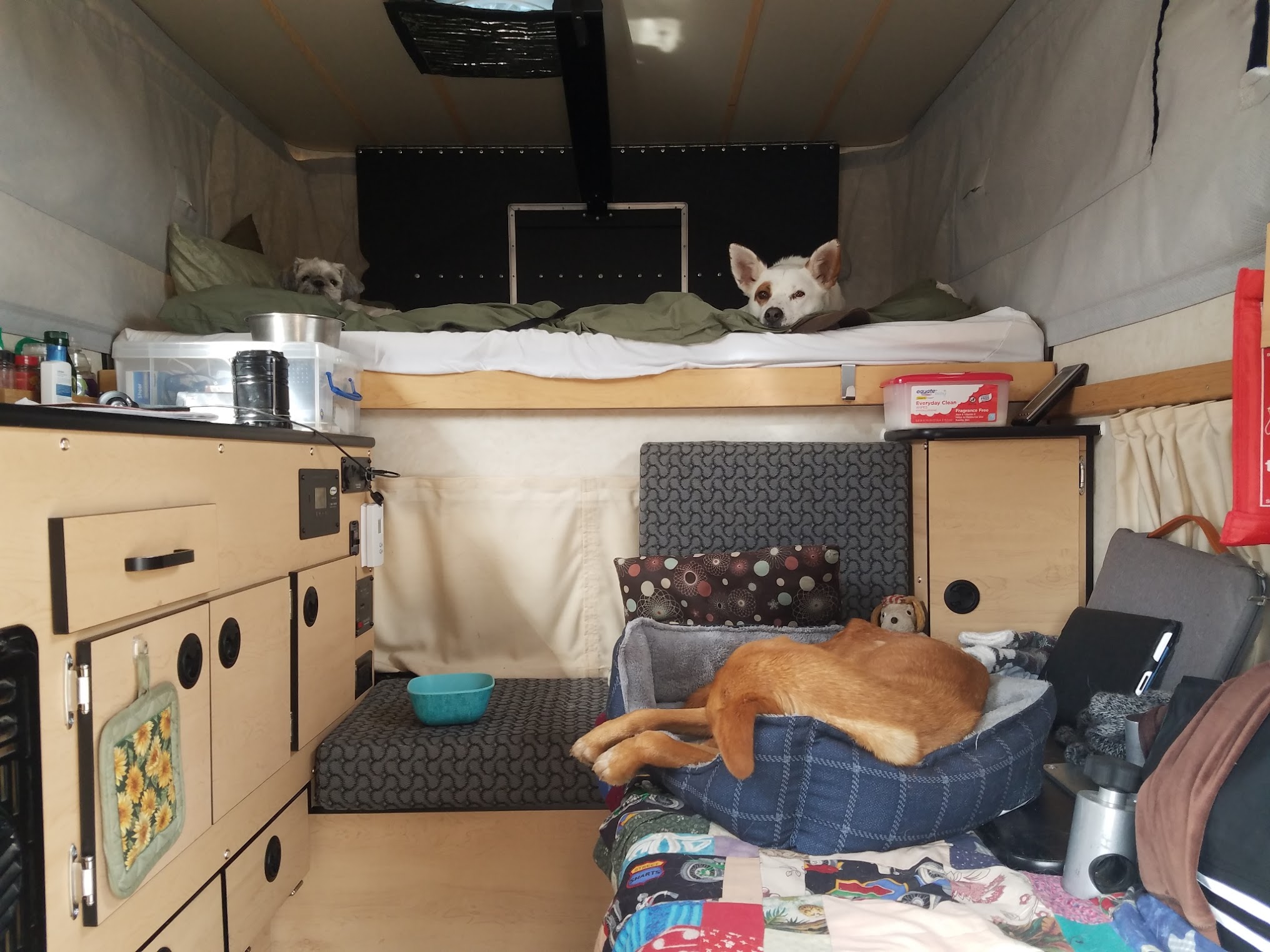 I considered calling her “Stumpy” 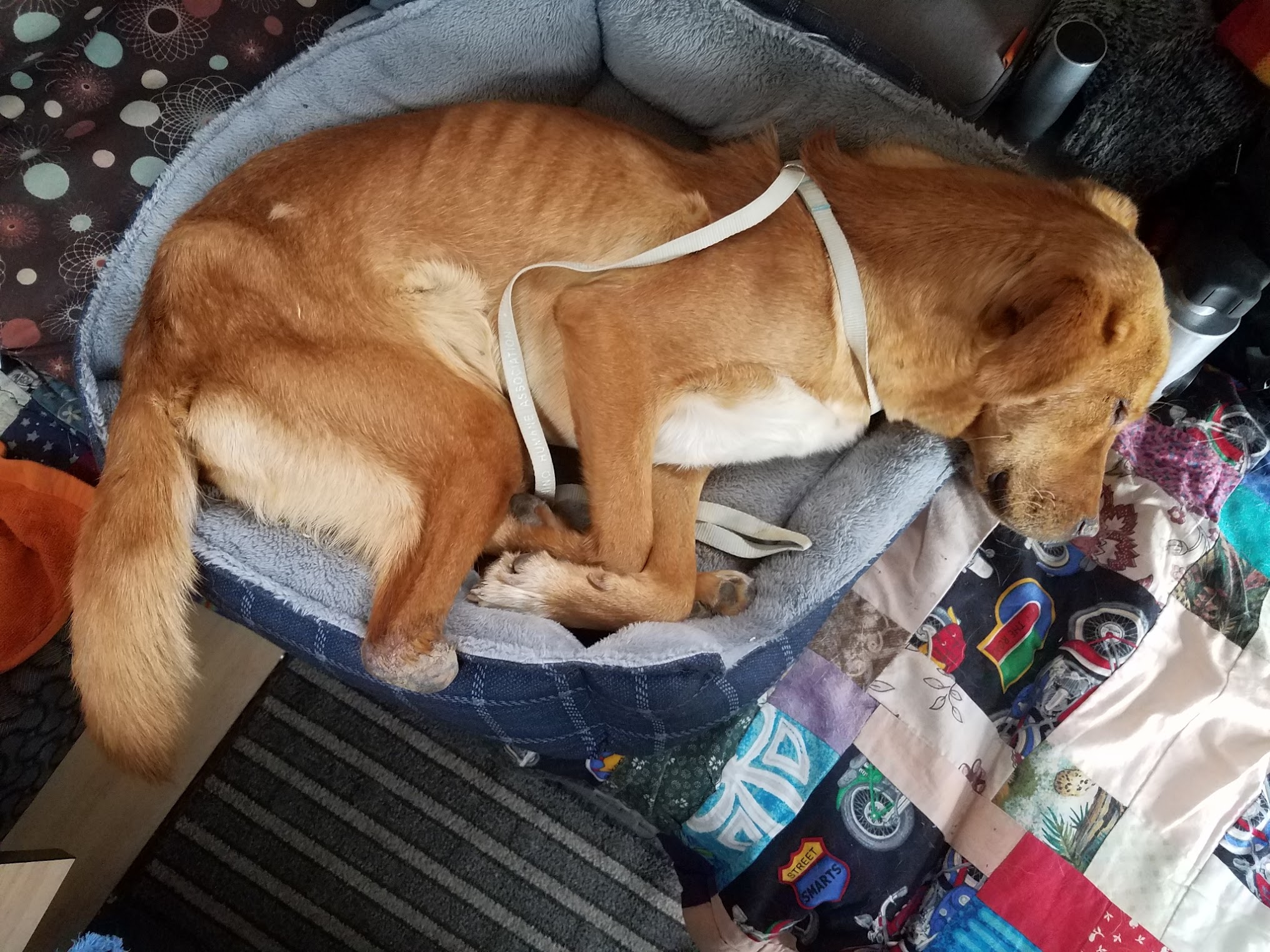 Instead of going on the scenic hikes at the Monument, the next day I contacted a friend in Phoenix-area and he said c’mon down with the horde. Per a vet friend’s recommendation, I drove to Flagstaff and picked up de-wormer for all, flea and tick meds, a harness and leash for her. The folks at the Petco in Flagstaff couldn’t have been more helpful and friendly. Thanks, Cory! 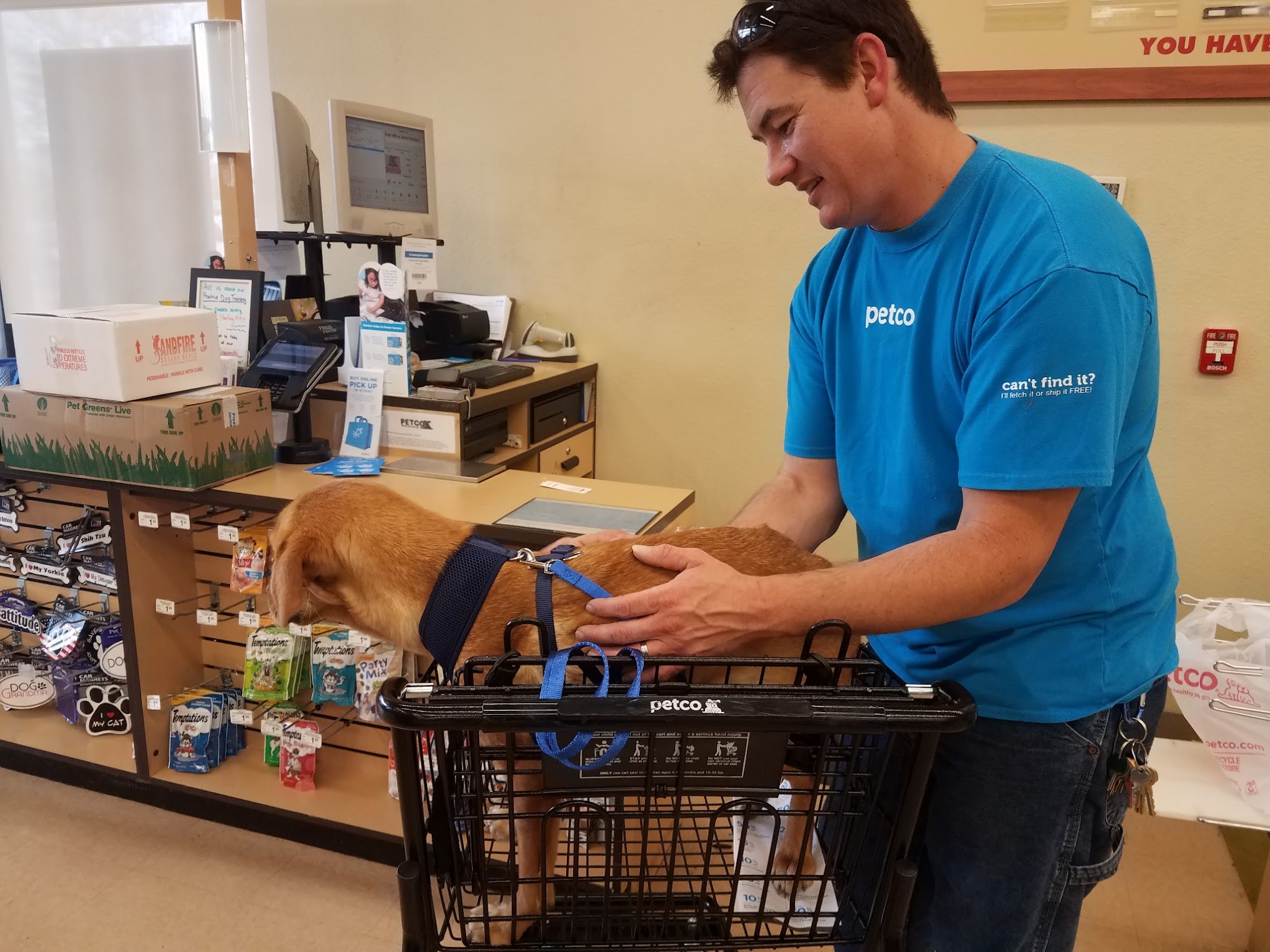 We arrived at my friend’s house late in the day. Since has a male doggie that didn’t get along with Argos, we popped up in his driveway.  Works! 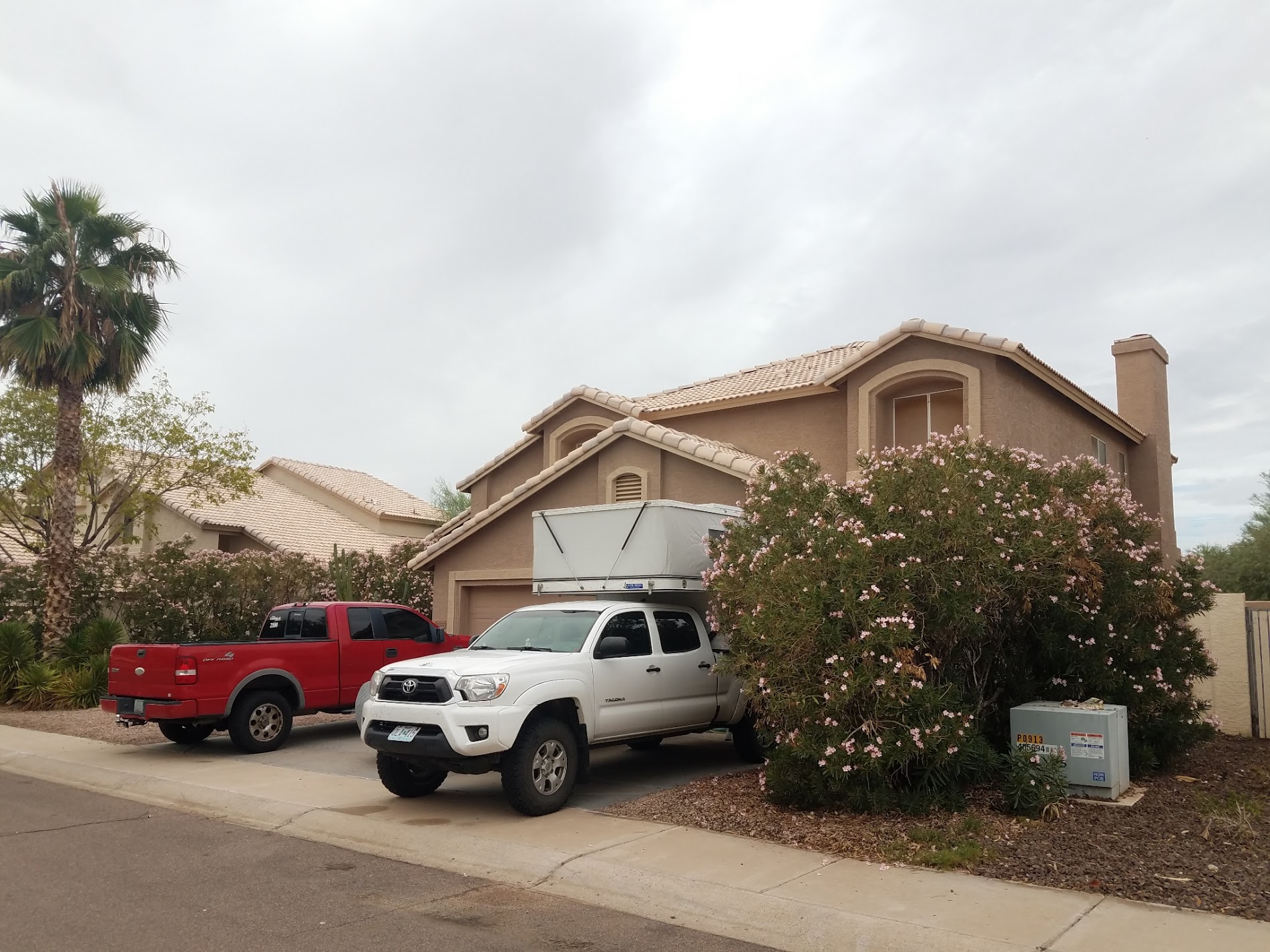 The next day we took her to do a self-bath at Shampooch in Chandler. The women there were gentle with her, and found a bunch of nasty seed ticks on her ears! Yuck! Thanks for picking those off for me! 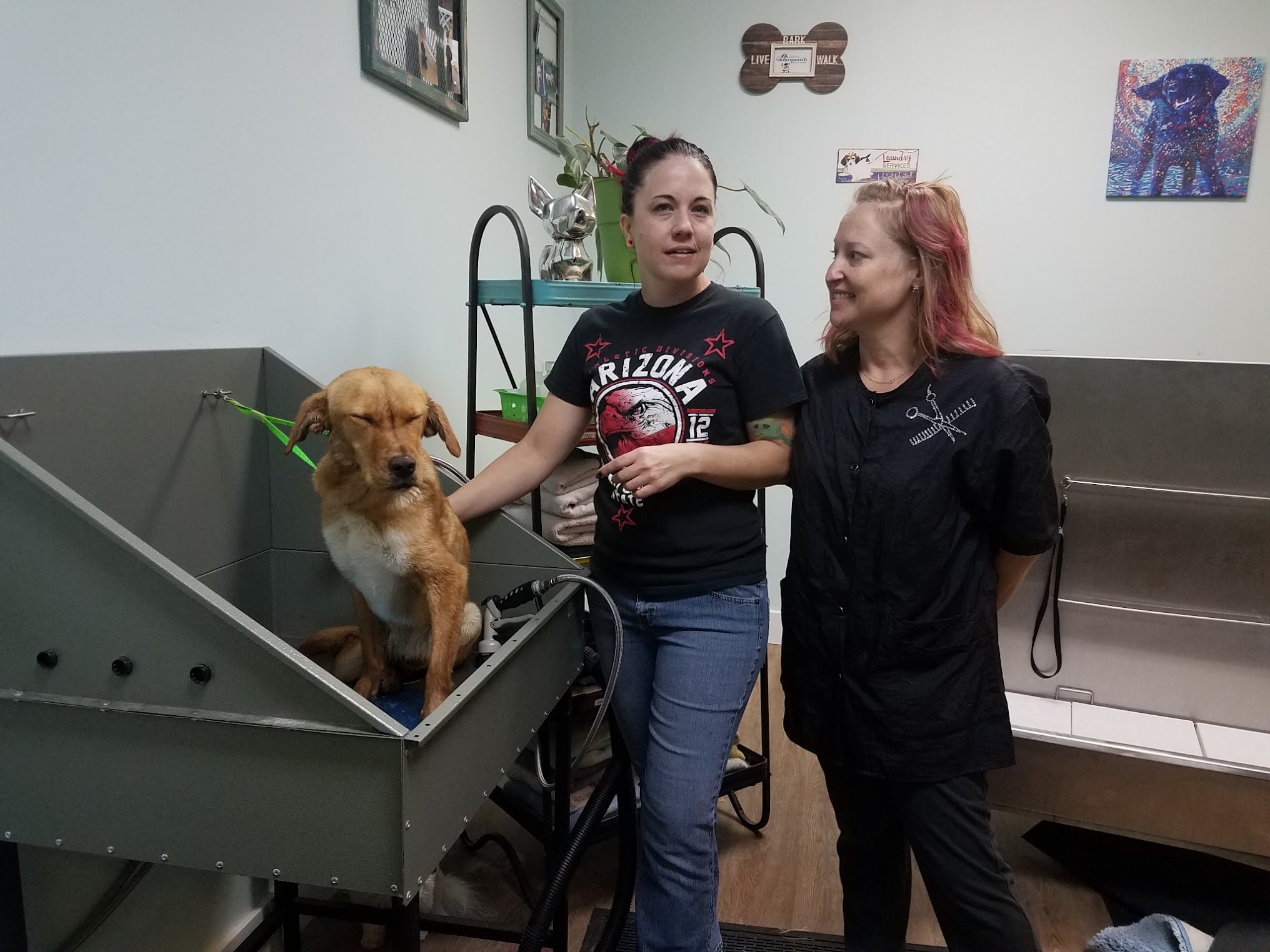 I still didn’t have a name for her, so posted up on my Facebook page asking for suggestions. Ha!

We took her to the vet nearby, who were also wonderful with her. She got blood tests to see how her levels are – if there’s any infection or issues, check for heart worm and general health. She was little anemic, her protein was low – albumen low, and her white count was a little elevated, but otherwise healthy. Vet said it could be stress related and just to pay attention to her energy levels and food intake for next couple of weeks. They figure this pup is probably only about 7-8 months old! 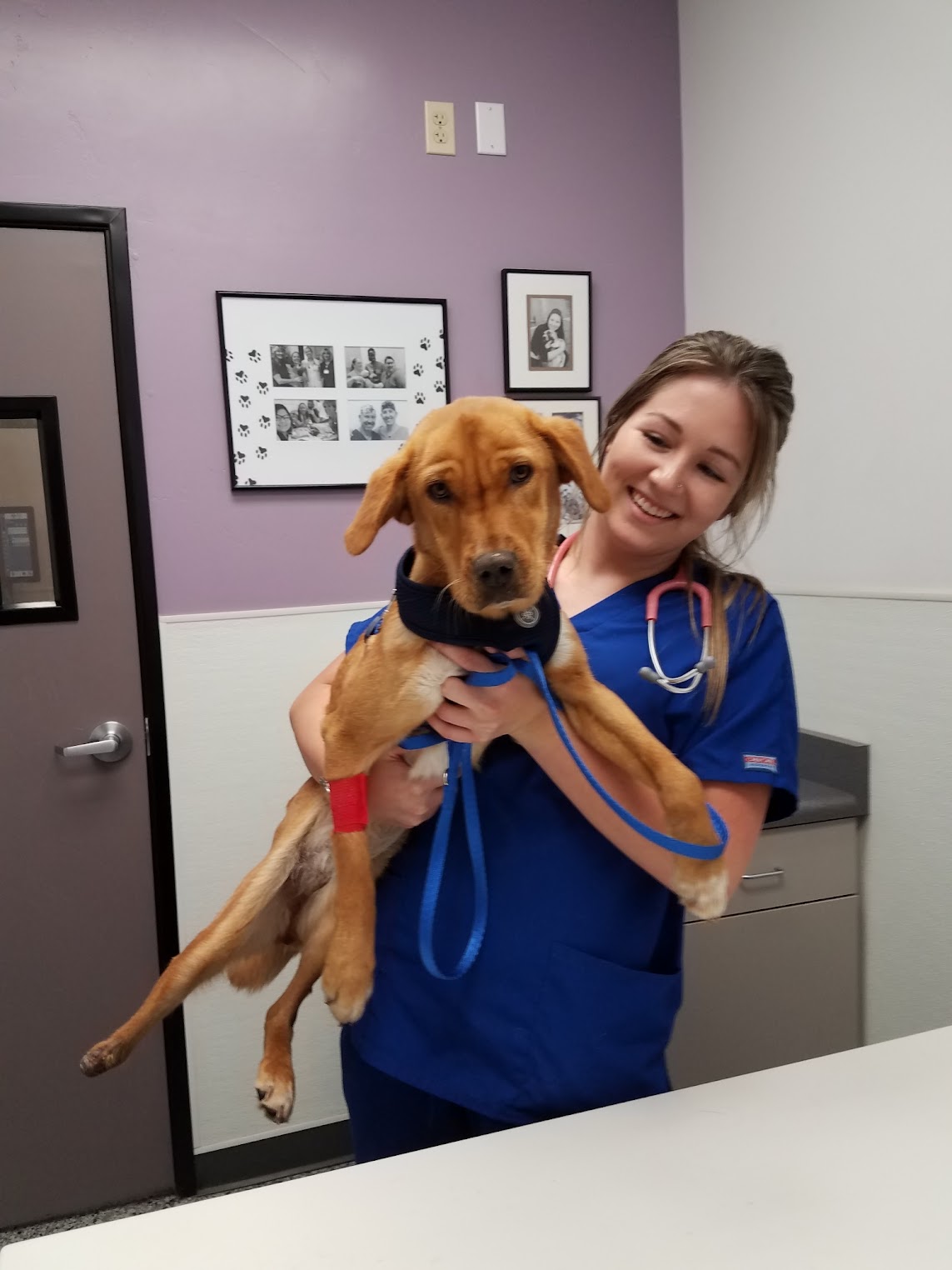 Sully is not very happy about this new addition, and has developed a little yeast infection on his front paws and “groinal area”. (Shhh, don’t tell him I told you about that.) 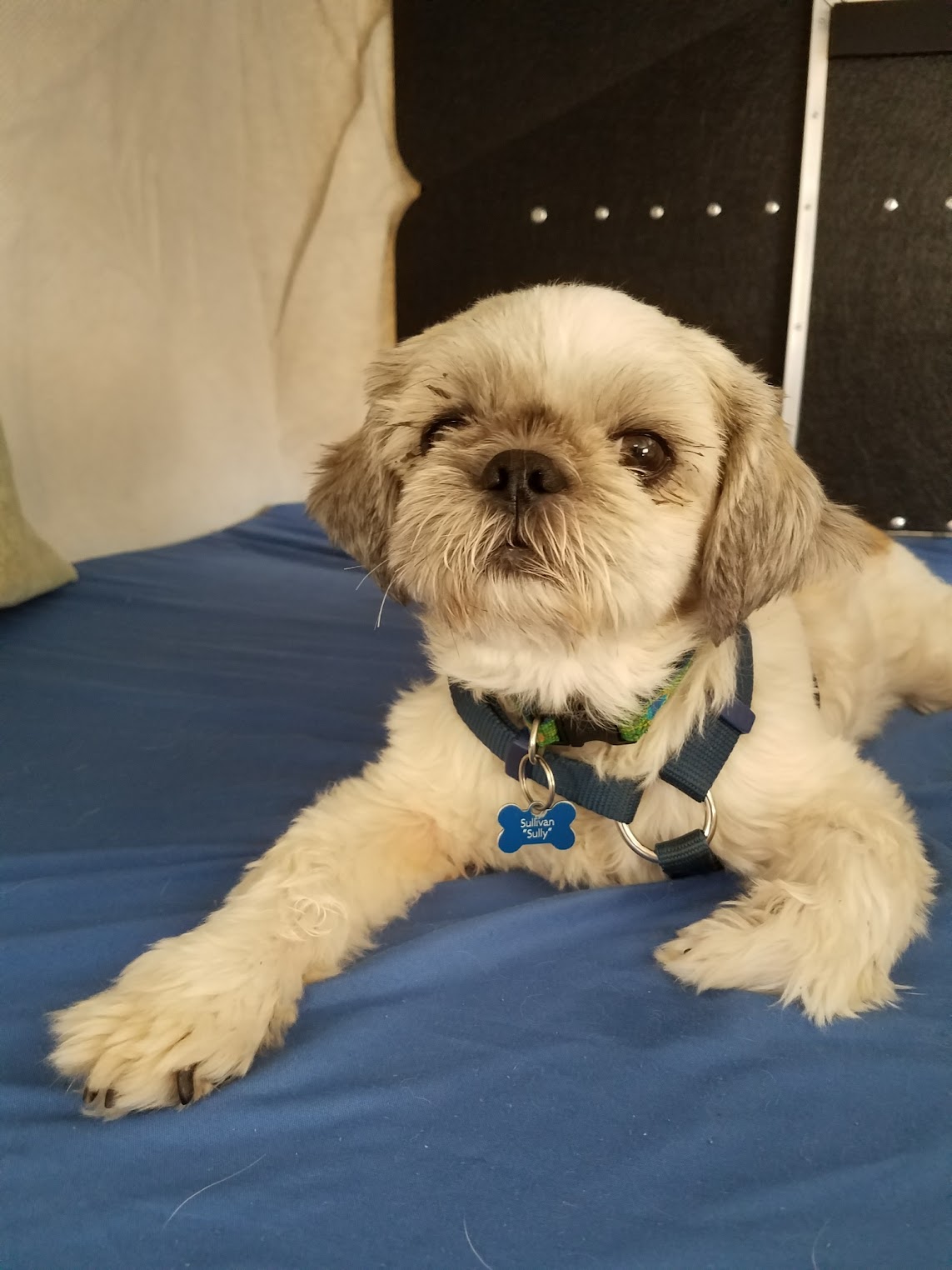 I’d scheduled to see some friend’s in Tucson, so it was time to head souther.

While waiting for them to get home, I took a drive through the Saguaro National Park and almost ran over this big guy!

I arrived in Tucson on Tuesday, and today is Thursday. It’s now been 8.5 days since I found her, and her strength is returning. She’s still skin and bones, but I can see flesh over those bones now. She and Argos play together – Argos is always a noisy guy!

and she even ran some yesterday! Lookit her go!

When I posted on my Facebook page, and the Four Wheel Campers Owners FB page, about finding this emaciated, gimpy puppy, people kept asking if they could donate to help with her vet bill and care. They also posted a lot of pics of their wonderful rescue puppies! The outpouring of support was incredible and wonderful.

One new friend who makes custom dog boots offered to make this pup a bootie for her nub! Folks donated just the right amount to cover all her expenses. I have just enough left to cover her final round of de-worming meds. I want to send out the deep gratitude I have for all the help, but I really haven’t the words to express how much all your outreach means to me.

This little girl is now named “Trinity” for her tripod status, and after the character from The Matrix  who was a kick-ass survivor warrior, which this pup had to be in order to survive!

It’s a lot to travel with three doggies (well, 2.25. Sully only weighs 12lbs), so it’s time to find a home for all of us, most likely here in Tucson. After living in Arizona for almost 8 years, I have become rather fond of what this beautiful state has to offer – plenty of campering, and motorcycling roads, and places for the doggies to romp.