Between visiting with friends, sightseeing, and lack of interwebz connectivity, it’s a little difficult to keep up with my blog! Ha! I think I’ll just title them all “Catching up” until I get current. Maybe not – I’d have too many named the same!

“The Olympic mountains create a dramatic rain shadow effect when storms and moisture arrive off the Pacific Ocean from the south and west, the prevailing storm track in the Pacific Northwest. When the moisture-laden air hits the Olympic Massif it is forced to rise. When the moist air rises, it expands and cools. The colder the air, the less able it is to hold moisture, so clouds and precipitation form. This effect is known as the orographic effect.

The orographic effect in the Olympics results is copious quantities of clouds, rain or snow in the foothills and SW slopes, in places like Aberdeen, Forks, and Quinault. As the storms and moisture proceed over the crest of the Olympics, the air has lost much of its moisture. Furthermore, it descends, and warms, giving it more ability to hold moisture, preventing the formation of clouds, rain, fog, and resulting in a dryer, sunnier climate in places like Sequim, Port Townsend, and San Juan Island. The formation of a sunny, dryer area like this is know as the rain shadow effect.“

This made for some absolutely beautiful days once we arrived at Port Townsend ferry dock.
The doggies waited patently for the ferry to arrive to take us to the Islands. 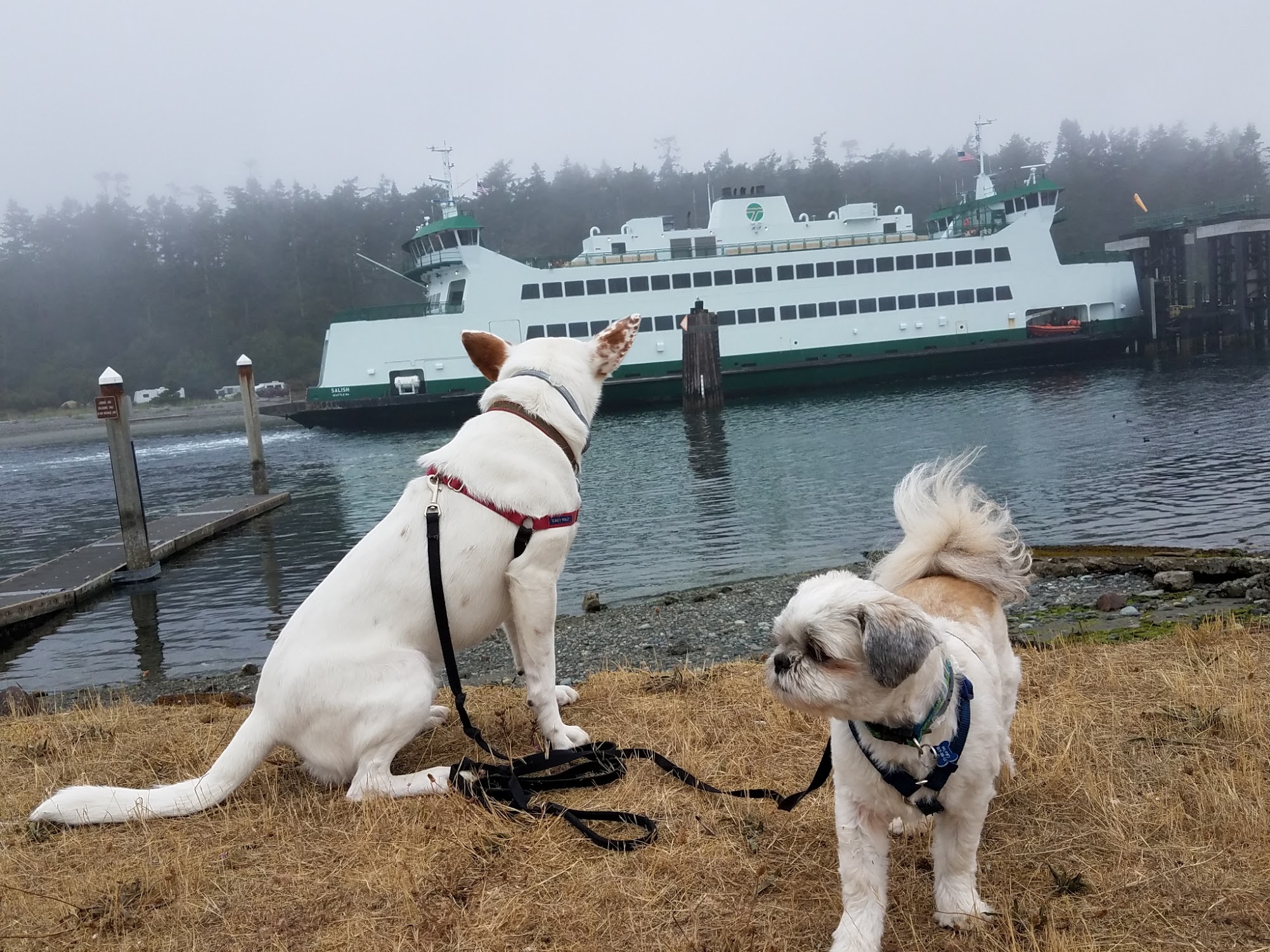 Dogs aren’t allowed in most areas of the ferry, so they hung out in my camper.
It was nice and cool, and they were comfy. 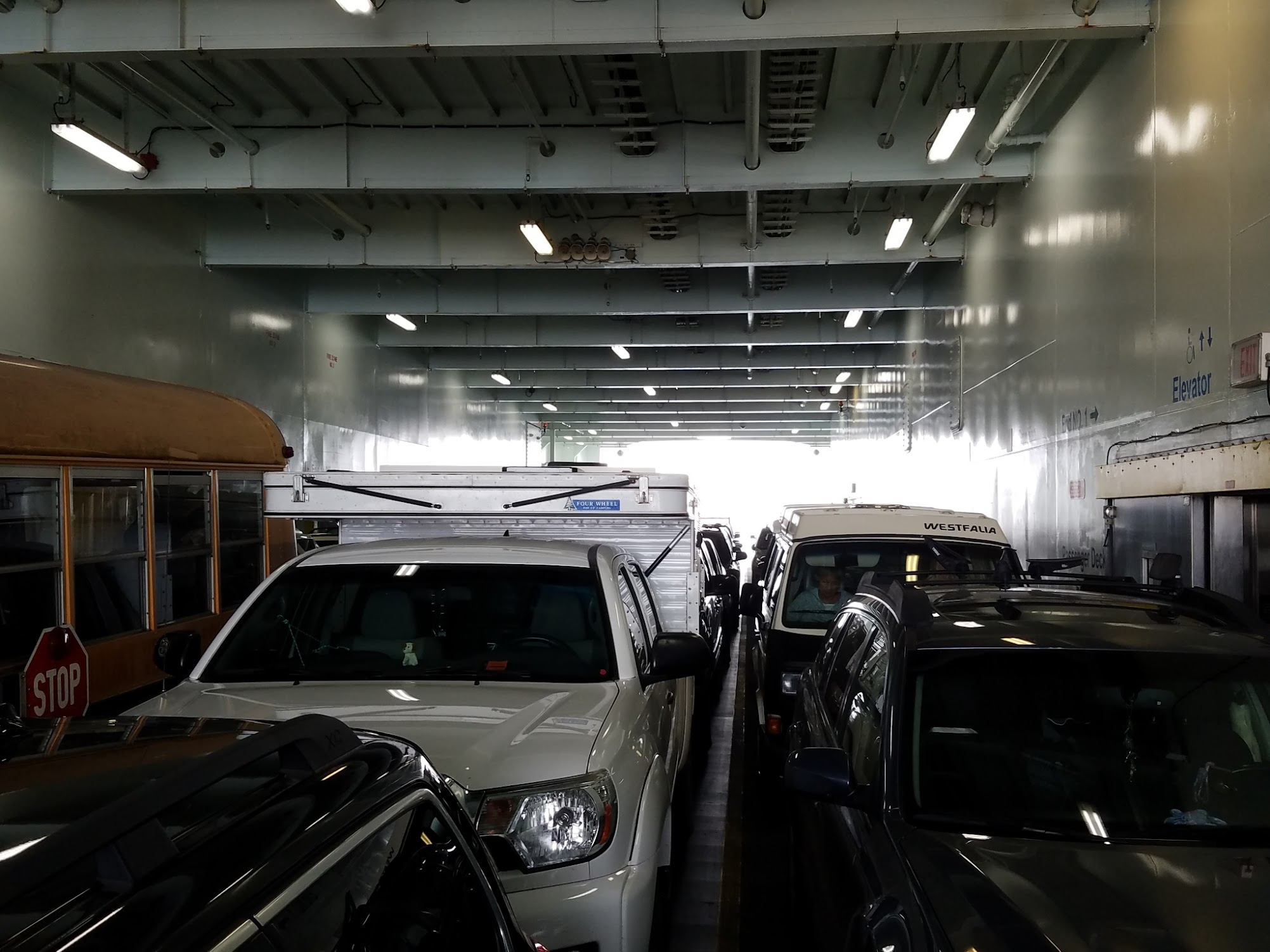 I looked at the beautiful and foggy view from the parking deck. 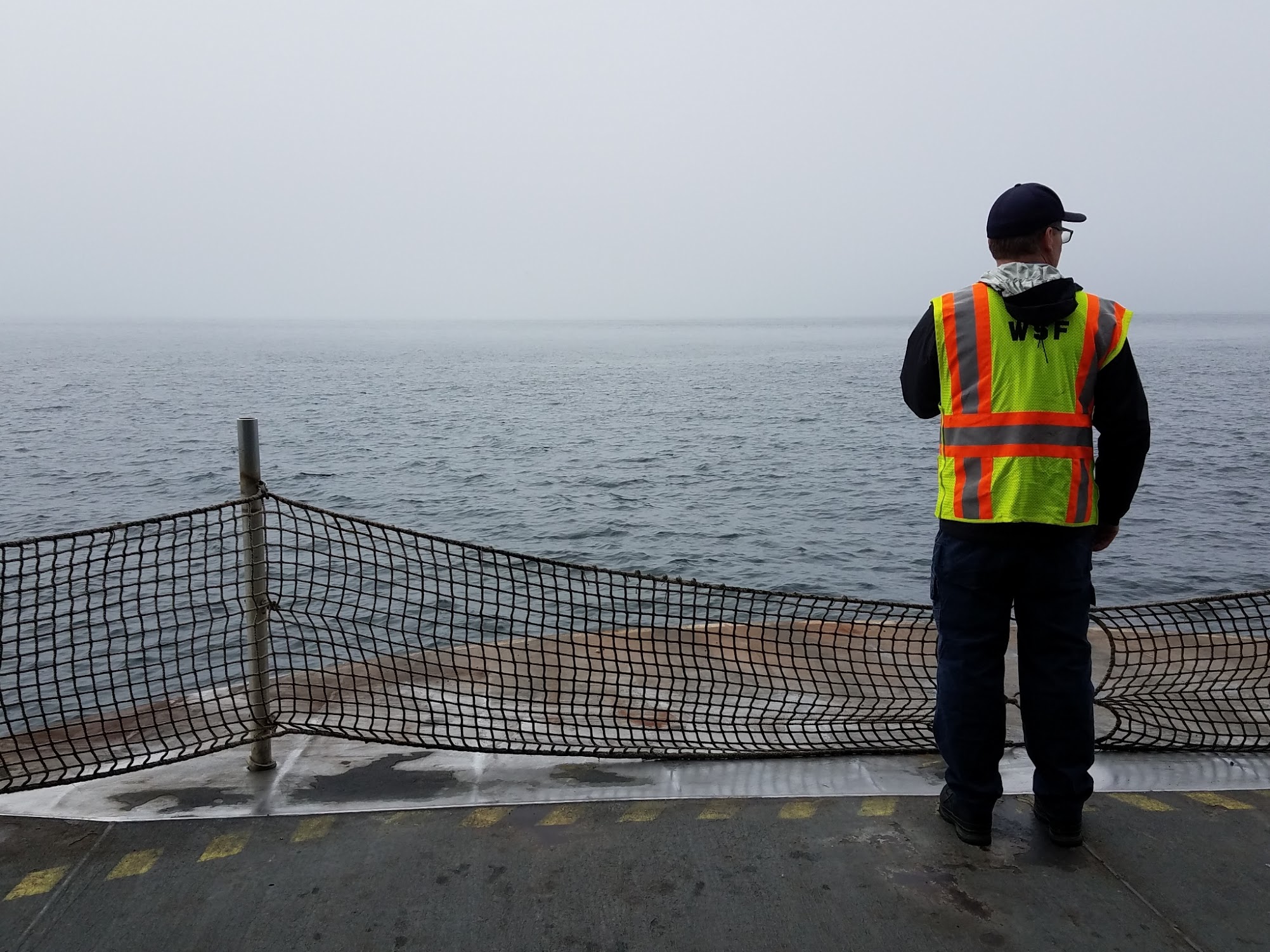 I got set up at my friend’s beautiful home and we all went for a long walk on the beach with all the doggies.
Four total pups of ours enjoying running and exploring! 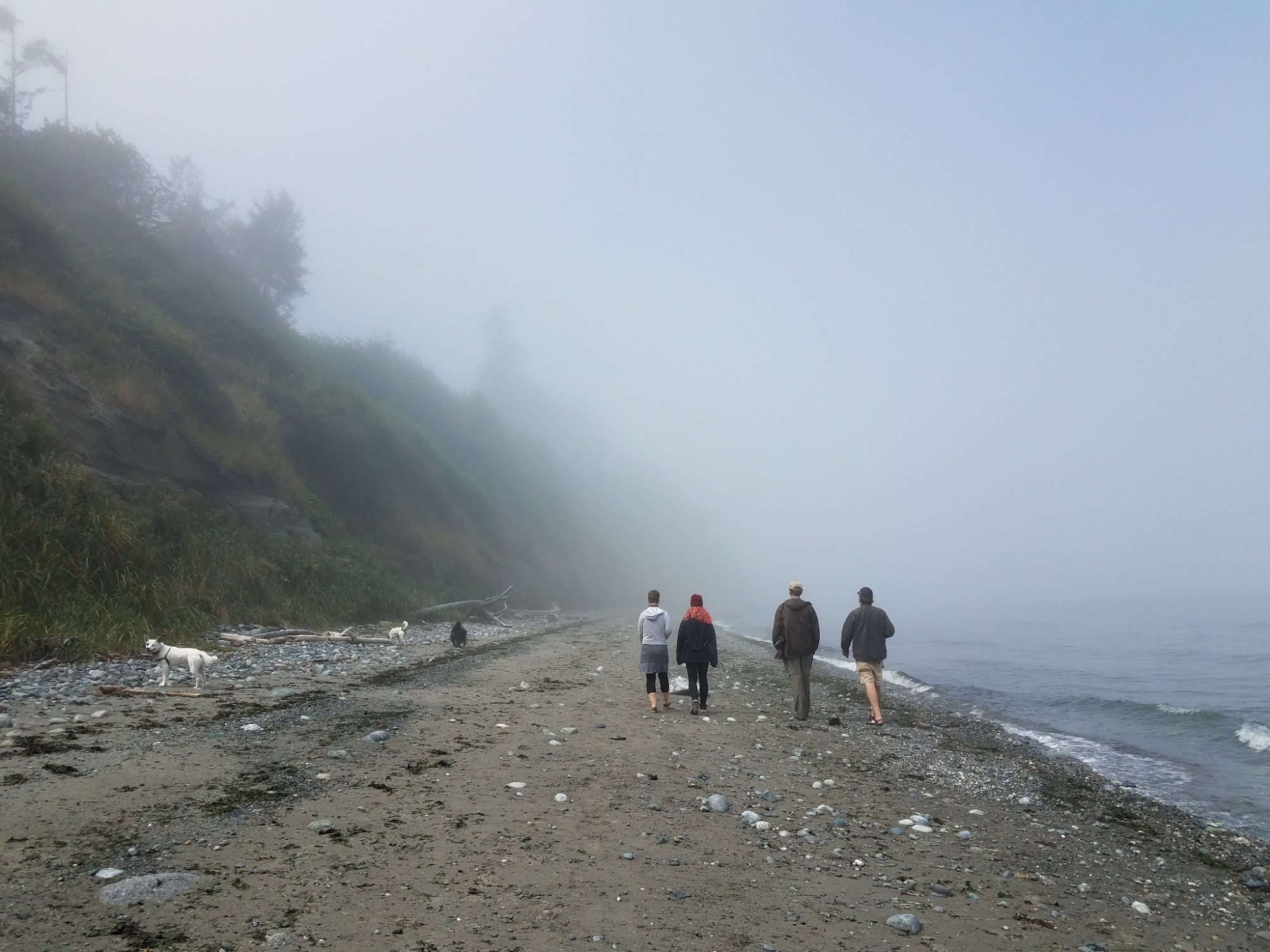 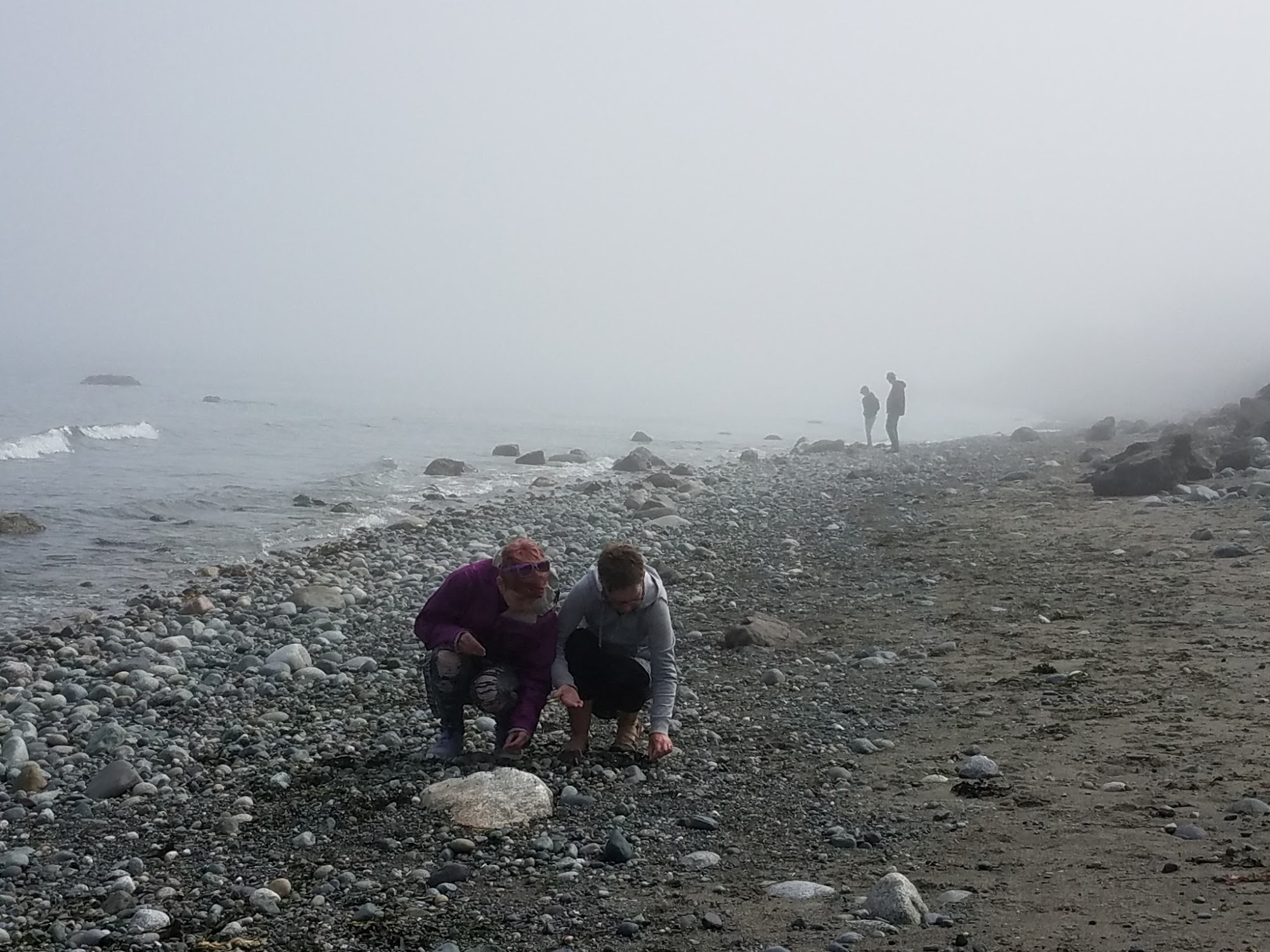 We spent some time fishing, and some time enjoying the lovely shelly beaches. I found a small sand dollar and put it in my wallet for safe keeping. Alas, I forgot and it got smashed into itty bitty pieces. Oops. 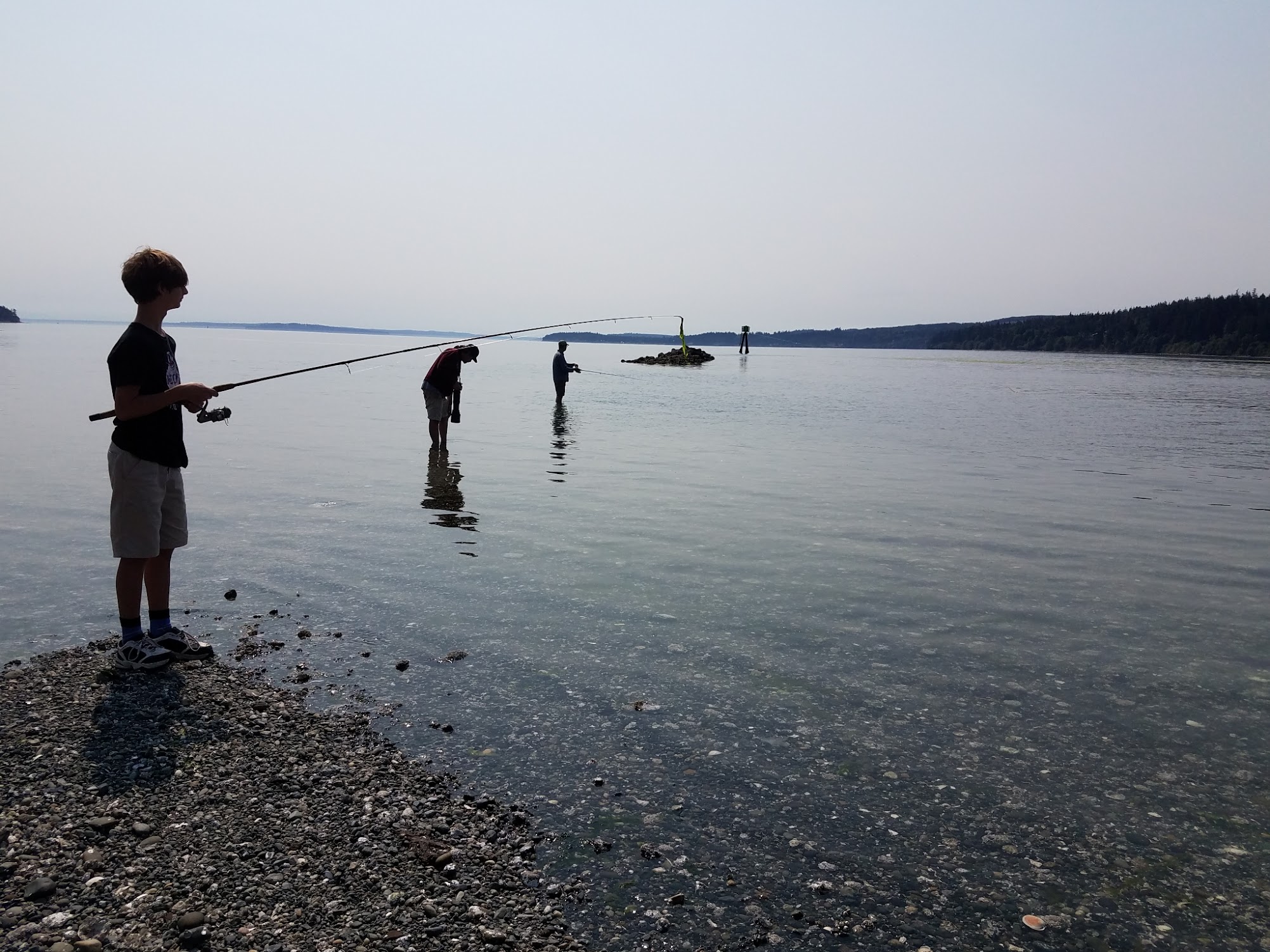 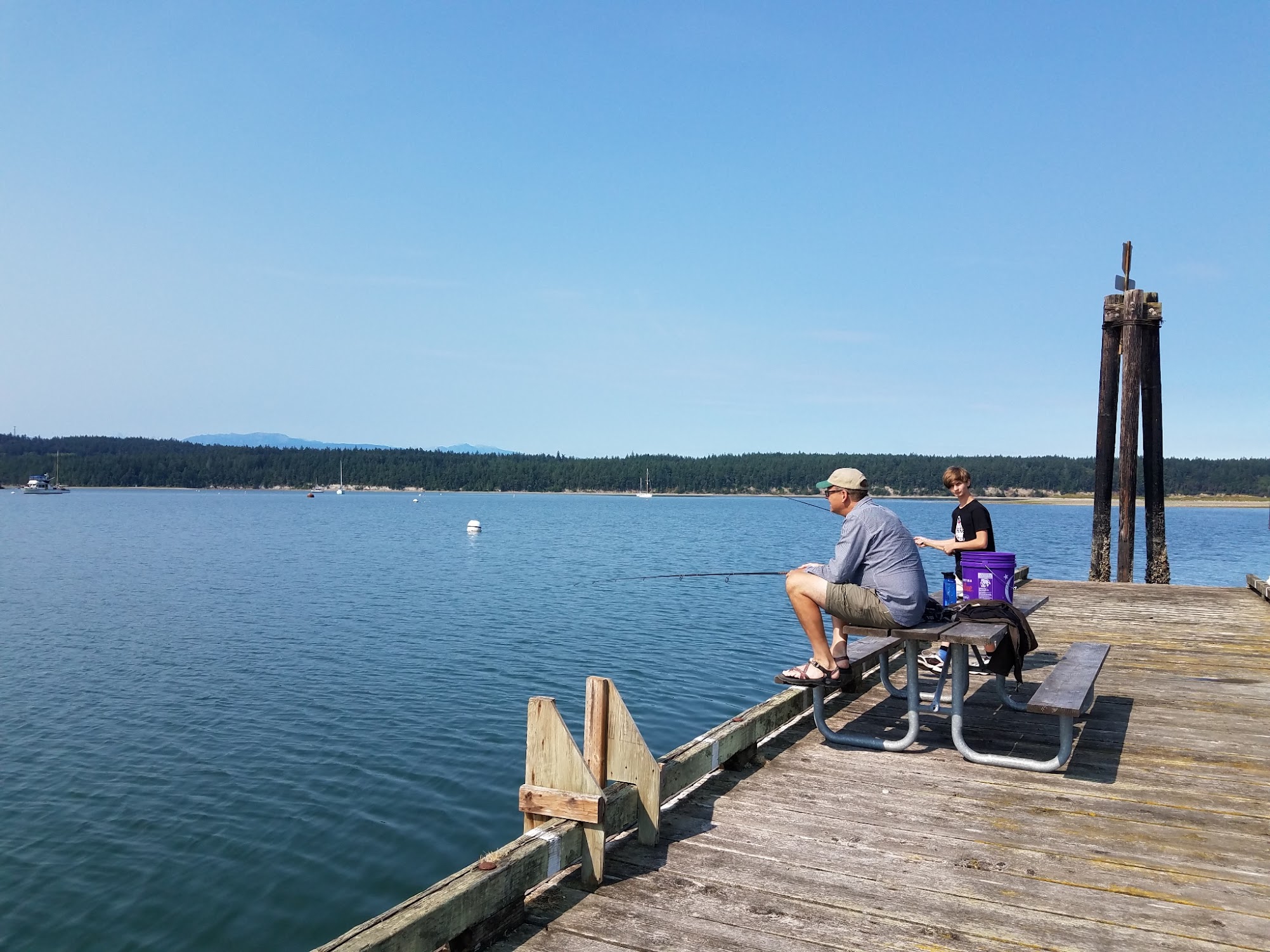 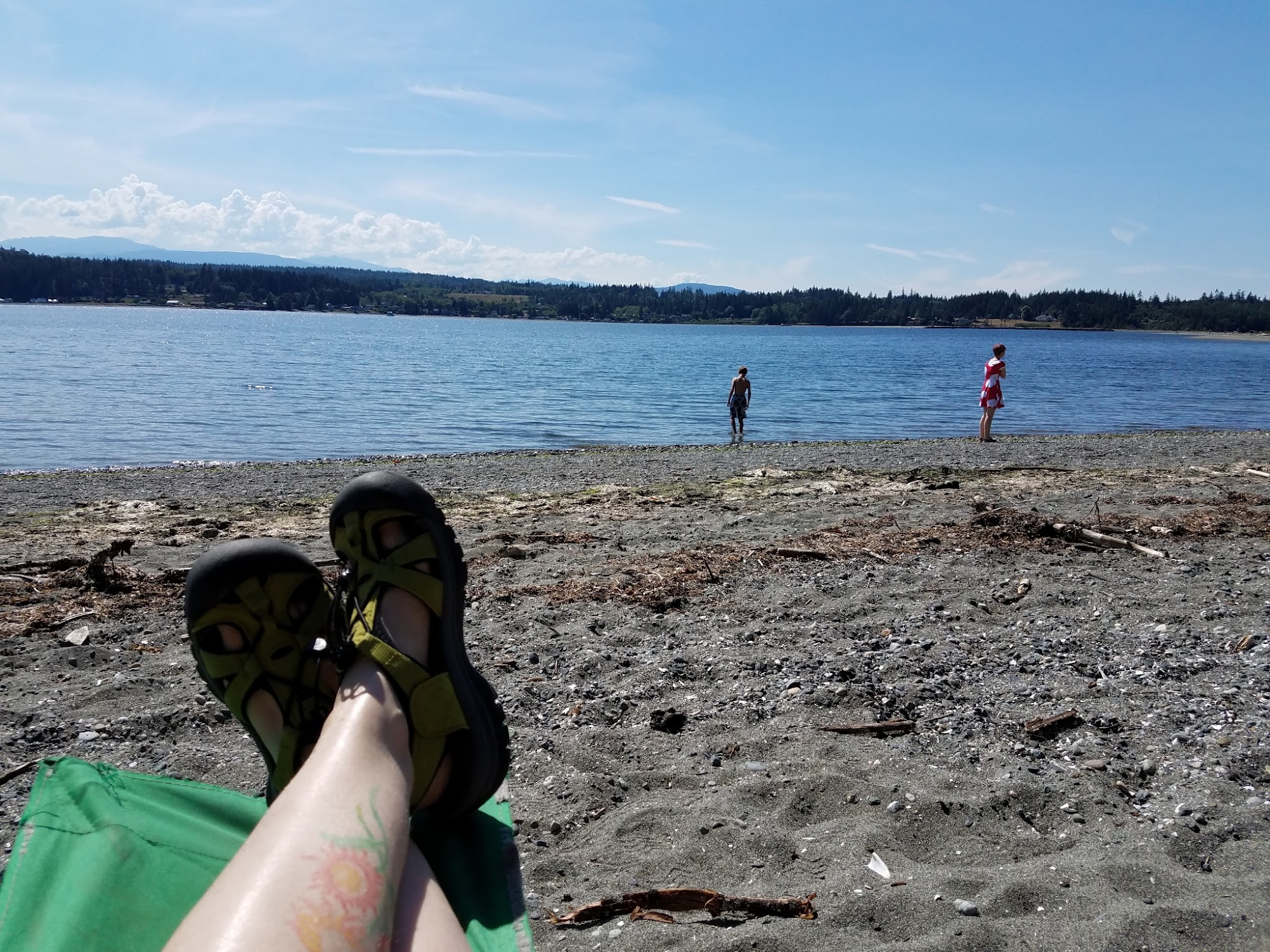 and the natural beach art! 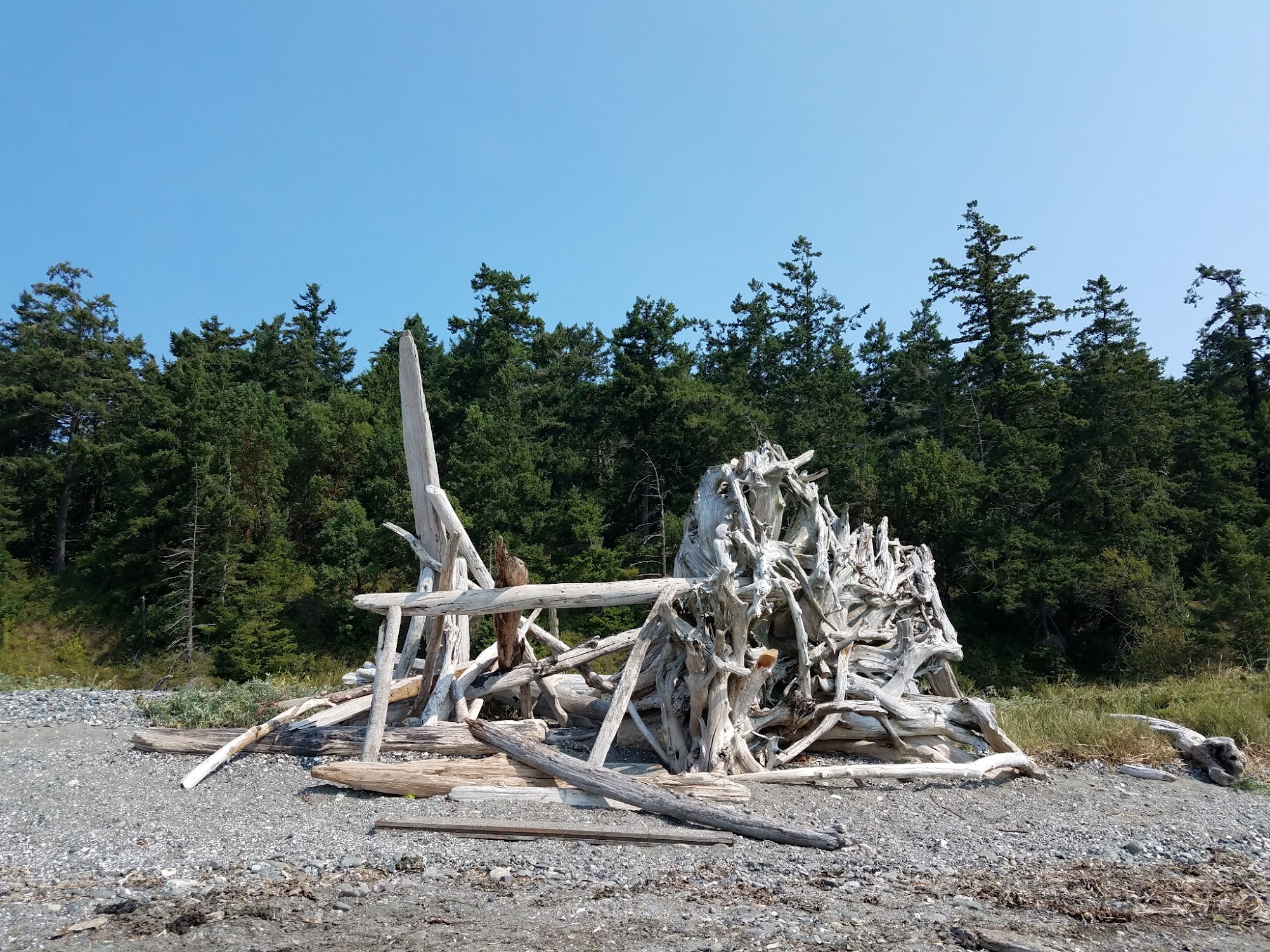 It was a wonderful visit with a bunch of old friends from high school days! But it was time to move on, so we continued our trek and made our way to the Western-most tip of the Continental United States.

I’ll get to that in my next post –
It’s time to take the dogs for a hike now!