It’s easy to lose track of the day of the week out here. I wish I could lose it altogether.

I stopped at a little Sharky’s Shack in Klamath Falls, OR. Found it on Yelp as I passed through and decided to stop for a sandwich. I chatted with the woman behind the counter who turned out to be the owner. I don’t remember what all we talked about, but it was a good laughter-filled brief discussion while she made my sandwich. If you go through Klamath Falls, go have lunch here. Good people, good food! 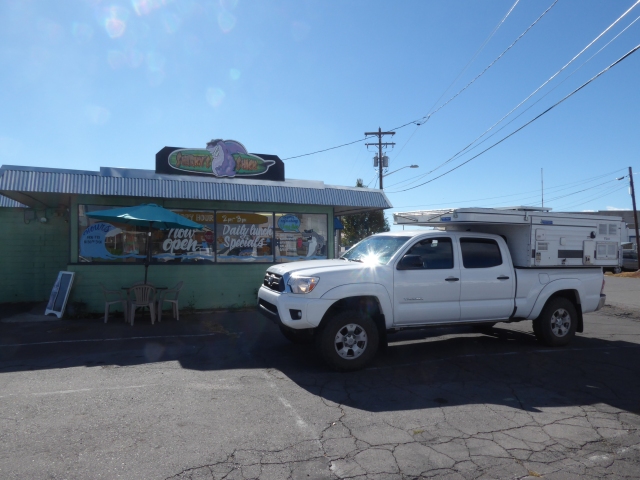 I am in love with Hart mountain and its sparseness. I adore the lush green of the West/NW, but when I first saw these high desert plains, my heart sang. Then again, I did cry when visiting the mighty ocean, so there is that. There is a similarity to the two : vast, open, beautiful, sparse on the surface from afar but rich of life when knowledgable.

It is amazing what sunshine does to my mood. As beautiful as the coast was, the grey and damp was already getting to me after only a couple of days. I am glad I took forum folks advice – the 138 from Oregon almost coast traveling east was astonishingly beautiful.

There is a hot springs up here, part of the reason I made this trek. There are actually two springs, but I only made it to the main one. It was somewhat slimy on the sides, but still a good soak. 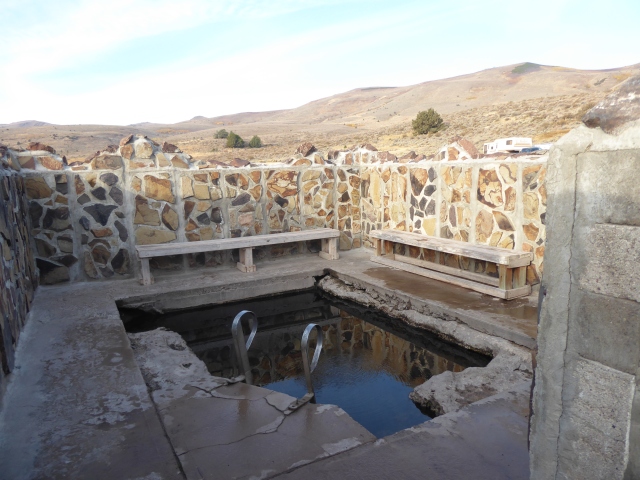 I met an Abbey-ish Ranger today. He’s the head guy at Hart Mountain. He’s been working for the Forest Service his whole adult life. Said he didn’t want his labor to be making money for someone else and that’s why he does this work. We talked until I realized the sun was slowly disappearing and I had yet to find a campering spot for the night. I found a small grove of Fall-yellowed Aspens to park near. 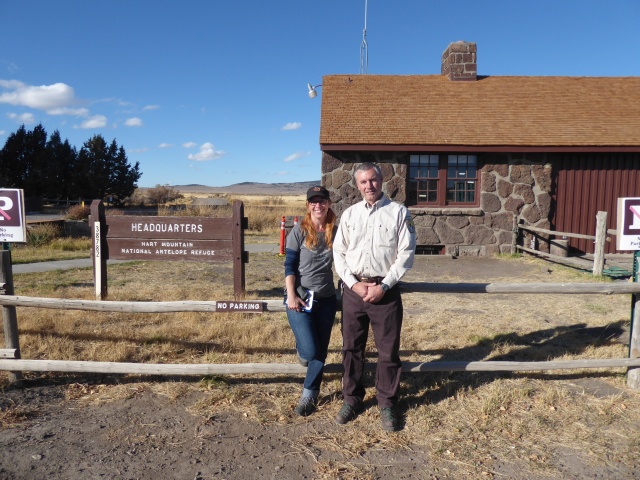 Steinbeck, “One goes, not so much to see but to tell afterward.” He must have had a premonition about social media.